11. Check What you Smoke 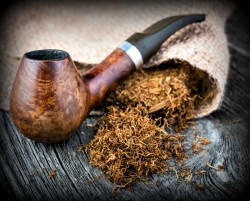 Two of the most common things that people smoke are: tobacco and marijuana.

The question is, how do they affect testosterone levels? Or do they even?

Looking at the scientific evidence behind tobacco and testosterone, it’s actually something that increases natural testosterone and DHT levels.

This effect is likely caused by nicotine, which acts as aromatase enzyme inhibitor (turning less testosterone into estrogen) and also blocks the conversion from dihydrotestosterone into a weaker metabolite 3-alpha-diol.

Then there’s also the metals and minerals in tobacco which can have androgenic effects, bottom line being that smokers tend to have bit higher T levels than non-smokers, even though smoking itself is not too healthy thing to do.

When it comes to cannabis, some studies say that the active ingredient (THC) can inhibit testicular enzymes needed in testosterone production and reduce T-levels, though the effects are reversible and not as significant as some people claim. In fact there have been few studies where smoking pot has not negatively impacted any hormones.

12. Alcohol in Excess is Not your T-Boosting Pal 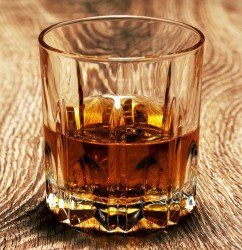 Let’s just start of by saying that no, you don’t have to completely cut off alcohol from your life in order to naturally raise testosterone levels.

Is it beneficial for T? Not in the slightest, in fact it has multiple mechanisms for lowering androgens, but in all honesty its effects on T-levels have been wildly exaggerated.

Sure if you’re an alcoholic who slams booze to the point of passing out on nearly all days of the Week, you can be damn sure that it crushes your test production, but few drinks here and there do not have that significant of an effect…

Though, the mechanisms of action are bit scary:

How much do you have to drink to actually suppress test levels though?

The most damaging effects come from few rodent studies (study, study, study, study). One rat study in particular showed a staggering 50% reduction in testicular size after they were fed with a diet containing 5% of the calories from alcohol.

Rodents ain’t the only ones who see suppressed T-levels after alcohol ingestion. Heavy alcohol consumption has been linked to lowered testosterone levels in humans too. It’s also known that chronic alcoholics tend to have significantly lower levels of testosterone accompanied with significantly higher estrogen levels than their non-alcoholic peers.

Luckily enough, few studies have shown that low-moderate alcohol consumption isn’t that bad for male hormone production. Here an equivalent of ~2 glasses of red wine was associated with a mere 7% reduction in testosterone. In this one 0,5g/kg of alcohol actually slightly increased testosterone levels.

In the case of alcohol, the dose really does make the poison. Enjoying a few old fashioned’s or beers once in a while isn’t enough to chemically castrate you. 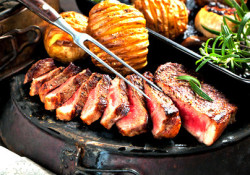 In order to make your body produce adequate amounts of testosterone, you need to give it enough calories to fuel the processes necessary in hormone production.

If you’re constantly feeding your body with a big calorie deficit, your body actually starts shutting down the reproductive system and conserves energy for more vital processes needed for your survival.

It doesn’t even have to be a massive calorie deficit, a 7-year study compared men who restricted their calories (1350–2415 kcal/day) and ate very “clean” against sedentary subjects who ate a normal Western diet with higher caloric intake (2145-3537 kcal/day). Due to their restrictive caloric intake, the group of men that ate lower amounts of calories had 31% lower testosterone levels, despite the fact that they maintained a “clean diet” and practiced running on a regular basis.

The catch-22 here is that if you’re fat (which lowers testosterone), you MUST be on a caloric deficit to lose the weight, and the deficit itself can end up reducing your T-levels. So should you remain fat and make sure that you’re not getting too few calories? Or should you consider losing the weight by eating a calorie deficit and then bumping your calories up to maintenance level after you’re lean?

The answer is the latter option obviously.

When you start eating more after your weight loss success, your hormone production quickly shoots up, and as you lean down, it’s going to jump up to much higher numbers than what it was on a caloric surplus when you were still fat. If you want to lose weight slowly without really hurting your T-levels in the process, consider a really small deficit of only -15%, which has been shown to have no significant negative impact on testosterone production.

14. Protein is Necessary but not in Huge Quantities 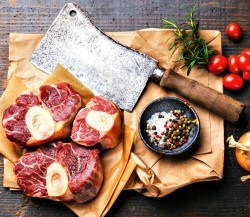 Protein is vitally important for muscle growth as well as also testosterone production.

We know that chronic protein malnutrition causes low testosterone levels, while it’s also scientifically proven that roughly 0.8g/lb of lean mass is somewhat the point of diminished returns when it comes to the optimal amount of protein for muscle gains.

The problem is that the bodybuilding sites and magazines preach everyone to eat super-high amounts of protein (remember that they also sell you the protein), and protein IN EXCESS is not only useless for your muscle building goals, but it can also significantly reduce testosterone levels.

A study by Anderson et al. shows that when the male subjects undergo 10-days on a high-protein low-carb diet, their free-testosterone levels will be 36% lower than what they would be on a high-carbohydrate low-protein diet. High-protein diets also caused significantly higher cortisol (stress hormone) levels and – as to be expected from lowered bioavailable T – increased SHBG levels. Caloric intake and the amount of dietary fat was kept the same during both diets.

Another study, this time on resistance trained men, showed that dose-dependent reductions in testosterone were caused by increased percentages of energy from protein as well as increased protein to carbohydrate ratio.

The bottom line is that yes, you do need protein for both testosterone and muscle gains, but no, you don’t need as much as the fitness industry claims. For the optimal amount in terms of T-production, a good starting point would be ~20-25% daily calories from protein. As well as getting the majority from animal sources since plant-based protein is inferior to animal sourced when it comes to big T.

15. Carbs and then More Carbs!

There’s some unfair demonization going on against carbohydrates now. Or actually it has been going on for quite some time…

“Carbs raise insulin, insulin makes you fat, which is simply why carbs make you fat”, or the classic “Humans don’t need carbohydrates brah”.

The fact of the matter is that it has been scientifically proven that weight-loss has absolutely nothing to do with the amount of carbohydrates or other macronutrient trickery. Heck, you can eat the shittiest sugary snacks for all of your meals and still lose weight as long as you’re in a state of caloric deficit. Guess why? Because that’s how the human body works.

In the past few years as the “paleo diet” has become a thing, their so called “experts” have been telling people that since the cavemen didn’t eat a lot of carbs, we shouldn’t either. The thing is that they had absolutely no evidence to back up their claims about paleolithic humans not eating carbs. Recent evidence actually suggests that cavemen ate plenty of them.

The biggest reason why no man should go on a low-carb diet, is the fact that they’re notorious for lowering testosterone levels, increasing the stress hormone cortisol, and messing up with your sleep.

As explained in the above subheading, Andersson et al. found out that when caloric intake and fat intake are kept the same, diet high in carbs and low in protein leads to 36% higher free-testosterone level and lower cortisol production when compared to one with high-protein low-carbs. The study by Volek et al. Found similar results, go low on carbs and testosterone takes a hit.

When two groups of men undergoing intensive cycling 3x/week eat a diet of either 30% energy from carbs or 60% energy from carbs, the group which eats less carbs will have significantly lower free-testosterone levels. Similar results have been seen in a study with both men and women as subjects.

In this study, exercising men who are put on a low-carb diet, notice significant increases in the stress hormone cortisol (needless to say this is not a good thing). The pulastion rate of GnRH (master hormone that starts the testosterone production process) also seems to be heavily dependent on glucose availibity.

As a general rule of thumb, I’ve always recommended ~40% of daily calories from carbohydrates. Mainly from low-fiber low-gluten sources, since gluten may increase prolactin levels and there’s some – although not very conclusive – evidence against high-fiber diets. To make it simple, eat the bulk of your carbs from potatoes and rice.

I sit on my duff, smoke cigarettes and watch TV. I’m not exactly a poster girl for healthy living.